Another Look at Sword & Shield - Expectations, Results, and a Standard Tier List Sword & Shield has been out for just over a month now, and we have had a few Standard Format major events since. The metagame always changes, even if it’s just a small amount, when new sets release and become legal for tournament play. With a set like Sword & Shield, which I consider to have many strong and format defining cards, I think it is safe to say that players anticipated large shifts in the metagame. In this article I will revisit my preconceived expectations for the Standard format, and take a look at the developing metagame based on the results of the past 2 major Standard events (plus Puerto Rico SPE). 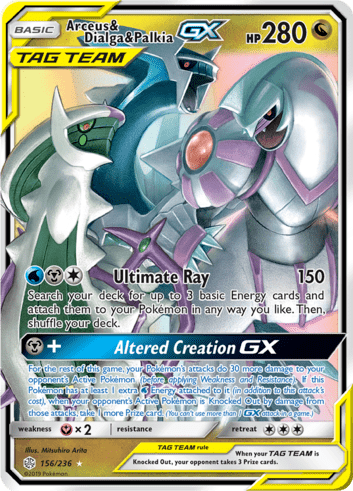 Previous to the first major tournament of UPR-SSH, which was the Oceania International Championship 2020, my opinion was that the best discovered deck in the format was either Zacian V/ADP (ADPZ) or Mewtwo & Mew/Malamar (Mew Mally). Both ADPZ and Mew Mally were testing with mostly 50/50 or better matchups across the board. Both were proving to be able to beat just about anything and could tech against most rogue decks that would counter them. 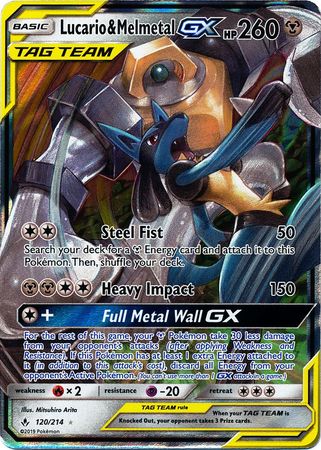 My confidence in the Lucario & Melmetal variant of Zacian V slowly dwindled down as we got closer to OCIC, but I still expected it to see some play and success. Zacian Lucmetal originally appealed to me, due to its technical strategy of removing the opponents energies and tanking damage as opposed to Zacian ADP’s linear strategy. Zacian Lucmetal tested positively vs. Zacian ADP and Pikarom, but had a terrible matchup versus Cincinno Mill, which was gaining a lot of hype going into OCIC. 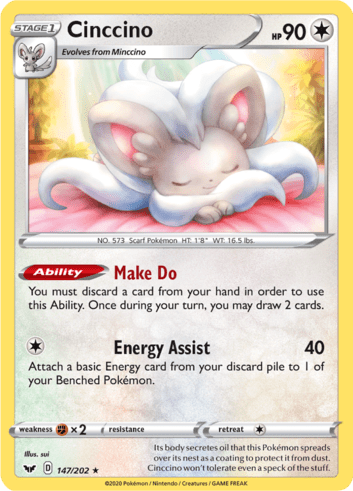 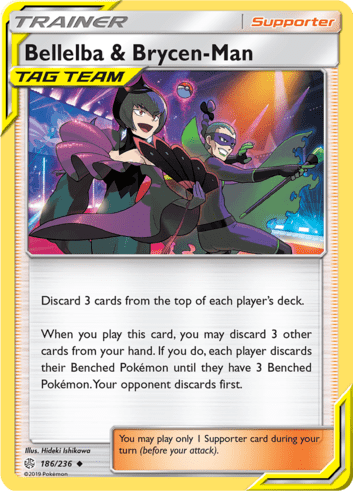 I considered Cincinno Mill’s hype for OCIC to be similar to the hype surrounding Pidgeotto Control leading into LAIC. With that being said, I thought that Pidgeotto Control was overestimated and that players who thought it was borderline unbeatable had not accurately analyzed it. I felt the same way about Cincinno Mill. I expected moderate success out of Cincinno Mill at OCIC, but I did not expect it to be an overwhelming force and didn’t expect it would win. 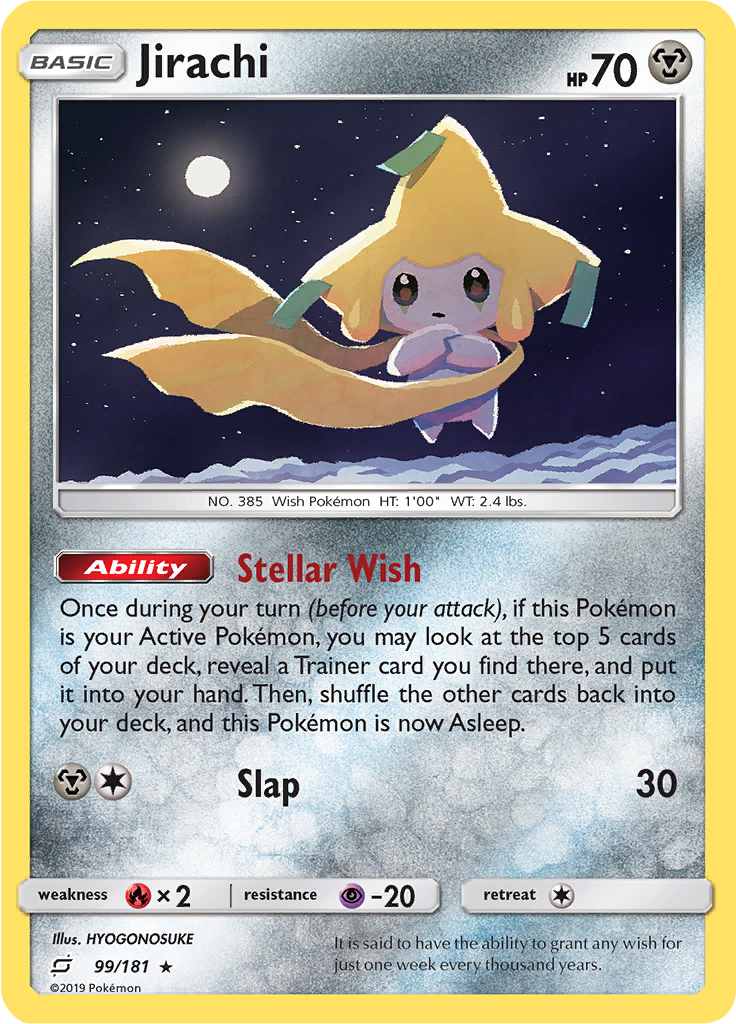 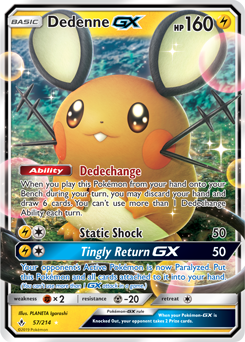 Ability Zard’s power in a new meta became clear to more people this time around compared to at LAIC. Since Ability Zard was a pre-established archetype with undeniable aggression, I thought it had great potential in the undefined meta of OCIC.

At a large and important tournament such as OCIC, I generally think that players prefer safer decks that have been established as opposed to new archetypes or risky, under-tested archetypes. Established archetypes are more likely to have lists that are consistent and closer to optimal opposed to newer decks. Based on this school of thought, I did not expect many new concepts to come out of OCIC.

Results From OCIC and Malmo

Mewtwo Welder won OCIC which was widely unexpected. It’s nearly impossible to predict every result, but it is helpful to analyze the results and find out why they might have happened. Mewtwo Welder was recognized as a Tier 2 meta deck by several channels and players. It was at one time a Tier 1 deck but the new turn 1 supporter rule seemed like a direct nerf to Welder reliant decks.

There are three major factors I contribute to Mewtwo Welder’s success:

1) Mewtwo Welder is a pre established archetype that has had success before, supplying players with a somewhat guided route to a consistent and high-functioning list.

2) Mewtwo Welder was not on the population’s radar as an important deck to prepare for, so it had the element of surprise.

3) Highly competent players such as Tord Reklev and Nico Alabas piloted the deck.

ADP Zacian, which was the deck most expected to succeed, actually did not make it past top 8 at OCIC. I don’t have any concrete thoughts on why ADP Zacian did not make it into Top 4 or the Finals, but variance is always a factor to keep in mind. At the Puerto Rico SPE it once again did not make finals of the event, but in Malmo it finally met expectations being 3 of the Top 4 decks and winning the event. Although it has not completely dominated the meta, Zacian ADP grossed the most Championship Points at OCIC and has been consistently successful across League Cups, OCIC, Puerto Rico SPE, and Malmo Regionals.

Ability Zard finished 2nd place at OCIC, which was its only day 2 placement. Although this was an isolated placement at OCIC, it influenced Ability Zard being a popular deck at League Cups and Puerto Rico SPE. Ability Zard did not find much success at Malmo Regionals, and I expect it to continue to fall off now, as the meta becomes more developed.

Mewtwo Malamar underperformed compared to expectations. This archetype was expected to be a tier 1 contender and many players expected it to make it to top 8 of OCIC. It did not place in the top 8 at OCIC, Puerto Rico SPE, or Malmo. I believe that many top players chose other archetypes, which is a possible reason for Mew Mally’s lack of success. If top players have not been selecting this deck, that leads me to assume there are valid reasons they believe other decks to be better choices. A popular claim is that Mew Mally is versatile and strong, but is also clunky and inconsistent, whereas Zacian ADP is arguably just as strong but more consistent. I personally still consider Mewtwo Malamar a strong and viable archetype, but I understand the gripes that players have with it currently due to lack of success and the inconsistencies in testing experiences.

I was happy to see that my claims about Cincinno Mill were proven to be mostly accurate with the results of OCIC, Puerto Rico, and Malmo. Although this archetype with an alternate win condition has proven to be viable and strong, it is nowhere near unbeatable or dominant in our current meta. 2 Cincinno Mill placed in Top 8 of OCIC (one was DQ’d for a decklist error) and 1 Cincinno Control placed in top 4 of Malmo, but the control was a very different build than mill.

Below is a brief tier list to depict where I rank archetypes in terms of projected success for future standard format events. If an archetype is not listed, I view it as either rogue or Tier 3 or below.

In terms of popularity and power, Zacian ADP is currently in a tier of its own and I consider it to be the best deck in format. I think that Pikarom has proven it is consistent and powerful enough to find success even though it’s matchups don’t look incredible on paper. I think that Baby Blowns is currently tier 1 worthy with its recent success in Malmo, but that can  quickly change if the meta shifts. I think there are an abundance of decks in the tier 2 range that are viable for tournament play but are noticeably weaker than Zacian V ADP.

I think it is healthy for a meta to have 1 or 2 best decks with a myriad of other viable decks that are situationally good, but my main concern is the unprecedented power of Altered Creation-GX. I think ADP has become even more powerful than many people imagined it could, and I don’t appreciate the fact that Zacian V ADP can comfortably beat single-prize focused strategies while being a 2 and 3 prize focused deck. Other than my personal mistrust of Altered Creation GX, I think our meta is fine, there are plenty of playable decks with multiple strategies, and there is still room for innovation.