North America’s first major event of the 2018-2019 Pokemon TCG season is this weekend in Oaks, PA. The format is SUM-CST and we have had a fair amount of results come in from the past few weeks to help us form an idea of a tentative meta for the regionals. In this article I’ll be analyzing results from Standard NA League Cups, the Melbourne SPE which was held on Sept. 1, and Santa Catarina Regionals which was held on Sept. 8-9. Included will be lists that I am currently testing, what I think the meta will look like this weekend, and my top 3 picks to win the tournament. I attended two League Cups this past weekend (one in New Jersey and one in Delaware) and saw a fairly diverse meta at both. I can comfortably say that Vikavolt Rayquaza-GX was likely the most popular deck, but it did not completely dominate either cup. Ultra Necrozma-GX/Malamar, Psychic Malamar, Zoroark-GX/Lycanroc-GX, Zoroark-GX/Garbodor, and Zoroark-GX/Weavile (UPR) all had fair showings with varied success. There was 1 or 2 shrine decks each day, one winning the event Saturday. While these are good cups to infer the Philly meta from because of the relatively close distance from the Regionals, I believe that the results of the foreign regionals in Santa Catarina will have a strong influence on deck choice. Santa Catarina Regionals was taken by storm by Buzzwole(FLI)/x stage 1 attacker/Magcargo/Shrine decks. 7 out of the top 8 decks were of this variant, the other being Zoropod. Baby Buzzwole/Garbodor/Shrine has been one of my top picks for Philly regionals for quite a few weeks now because of its great Vikavolt/Rayquaza-GX matchup and fairly good matchup spread in general.


The Melbourne SPE is one of the main contributors to Vika Ray being popularized in such a short time. Vika Ray won the event, as well as placing well at several NA league cups in the recent weeks. The Shrine decks are a direct counter to Vika Ray. Going into Philadelphia Regionals, I regard Vika Ray as the best deck in format. It is the meta defining deck that is causing shifts in what decks are popular, new decks to counter it, and how established decks are being built to combat it. This is a list that Joan Morsa (my mother) took to a 2nd place and top 8 finish at cups this past weekend. Her only losses across both cups were to Vika Ray and Baby Buzzwole/Weavile/Shrine.

My favorite archetype in the current format is Zoro Weavile. I love the diversity that lists can be built with, either using basic Dark Energy, Unit Energy, Rainbow energy, or some combination in addition to the standard Double Colorless Energy. Weavile UPR is very powerful in a similar way to Garbodor GRI. Weavile hits for 50 damage for each ability your opponent has in play. This can either punish your opponent for playing down Pokémon with abilities or restrict them from playing them down in the first place. Below is the list I have been working on and is likely what I will use if I choose Zoro Weavile for Philly. According to Ptcgstats.com, Zoroark-GX/Lycanroc-GX took the most CP at League Cups the first week of September in NA. Zororoc has been a favorite of mine as well as a favorite of many top players who have seen a lot of success with the archetype last season. Zororoc and Zoropod were in competition for best Zoroark-Gx variant for the majority of last season, and at the moment it seems that players are preferring Zororoc. I’ve done a moderate amount of testing with Zororoc for this format, and I’ve found that it can be built to have the tools to deal with most opposing archetypes. The popularity of Shrine decks and Vika Ray, although somewhat manageable matchups for this deck, have disinterested me from playing Zororoc.


This is my updated tier list for Philadelphia Regionals, and following will be my predicted metashare for day 1. I think that we’re in a very diverse meta, and that is partially because rotation is still fresh and the meta is shifting a lot. I do not expect tier 1 to take up more than 35% of the Day 1 Metashare in Philly, whereas going into NAIC I predicted that Tier 1 would take up around 50%-60% of the respective meta. There is a lot of room for new decks, existing decks with changes, and new techs to surface. Below is a chart depicting my predicted Day 1 Meta for Philadelphia Regionals.


Techs for Improving against Vika Ray Because of Tapu Lele UPR’s Fairy typing, it is an obvious card to look at if you want to improve your deck’s Rayquaza-GX matchup. Tapu Lele one shots Rayquaza-GX with a choice banded Psywave if Rayquaza-GX has 3 energy on it. If your deck can either add Rainbow Energy/Unit Energy or already has it, this might be an appropriate tech option. Remember that you need Choice Band for OHKO! Rule of Evil does 60 Damage to each Pokemon in play with an ability. Unfortunately this includes your own Pokemon. Fortunately, Vikavolt, Rayquaza-GX, and Tapu Lele-GX all have abilities so you will deal a ton of damage to a stereotypical Vika Ray’s board.

This card is a little harder to tech because it requires Dark energy, but like Tapu Lele UPR you can adjust your deck to play Rainbow Energy or Unit Energy if Weavile UPR could otherwise fit into your deck. Weavile UPR can either limit your opponent from playing down Pokemon with abilities, or punish them for doing so. Decks like Vika Ray which have a support pokemon with an ability and attackers with abilities have a very difficult time playing around this card. This has now become less of a tech and more of a core feature of decks, but nevertheless it is very good against Vika Ray. A few turns of Shrine damage ticking on Rayquaza-GXs can make them incredibly easy to KO with objectively weaker one prize attackers. 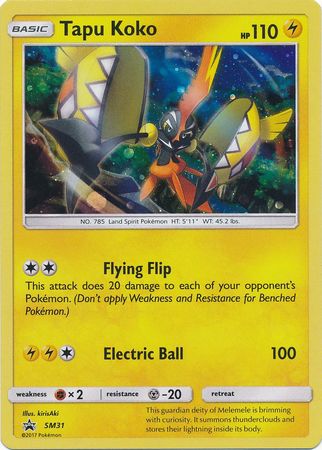 Tapu Koko is paired with this tech because of Dedenne’s attack, but it is even easier to throw Dedenne into your deck if you were already using Tapu Koko. Dedenne one shots Rayquaza-GX with a Choice Band and Koko on your bench making it a nice alternative tech to Tapu Lele UPR if you’d rather be attaching Double Colorless than Rainbow Energy or Unit Energy.

I don’t believe that specific techs beat Shrine decks, but building your deck differently does. Counter Stadiums or Field Blower to knock Shrine of Punishment is a good start. Acerola or Max Potion can potentially help depending on your deck, since shrine decks rely on building up damage over time. One Prize attackers like Deoxys CST, Latios SHL, and Baby Buzzwole can help even out the prize trade since the popularized shrine decks are running only one prize Pokemon themselves. Tapu Bulu-GX has become outclassed by Rayquaza-GX at the moment, but may have properties that allow it be played as the sole partner in a Vika Bulu deck in the correct meta. It does not have abilities or weakness, which means that Dedenne FLI, Tapu Lele UPR, Weavile UPR, and Weavile BUS do not counter it like they do Rayquaza-GX. Tapu Bulu can make use of Aether Paradise to reduce incoming damage, which is another potential reason to consider it over Ray. Banette-GX is weak to Zoroark-GX which is a huge downside to the card, but it is resistant to fighting and hits buzzwole for weakness which largely increases its viability in my opinion. Baby Buzz and Regirock will have a very rough time vs Banette-GX, especially if you run this alongside a counter stadium to bump Shrine of Punishment and potentially weakness policy for the Weavile variants.

It’s the best deck in format. I expect it to be popular and successful at Philly. I believe that the chance of Vika Ray winning the tournament is a very real possibility.

This just won the Santa Catarina Regionals, and I believe it’s success in Day 2 will largely rely on how many players adapt their decks for this archetype.

Maybe this is the wild card pick, but Garbodor has been putting in a lot of work lately. I think this deck can be built enough ways that if someone can find the correct list for this tournament they can win it all.


I am still testing and trying to find something that I am comfortable with. That being said, I am hoping to build a consistent Zoroark-GX deck with decent matchups and that is what I will be working on up until Philly. My default choice as of now if I do not find something better is Zoroark Weavile. Good luck to everyone competing!