Beyond the Norm: The Rise and Fall of an SCG Semi-Pro (Disclaimer: This is satire and meant in good fun; SCG and its players are great!)

My name is Mack, and this is my story. 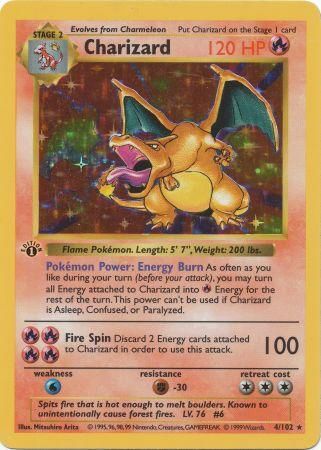 Like so many other #edgyteenz today, my teenage years were a blur of hormones and trading card games. It all started with Pokemon, the game all my guidance counselors love to call a “gateway game.” Because my brain was not fully developed and flooded in chemicals causing wild mood swings, emotional thinking, and an iron certainty that I was always right, I ignored them. In fact, I started on Pokemon early, around the age of seven. Soon, a couple cards here and there weren’t enough; I needed more to get that same TCG high. All of this changed when I asked a friend of mine who got their cards from the same dealer to play with me. As it turned out, neither of us knew the rules. Did it even have rules? To this day, I do not know the answer. 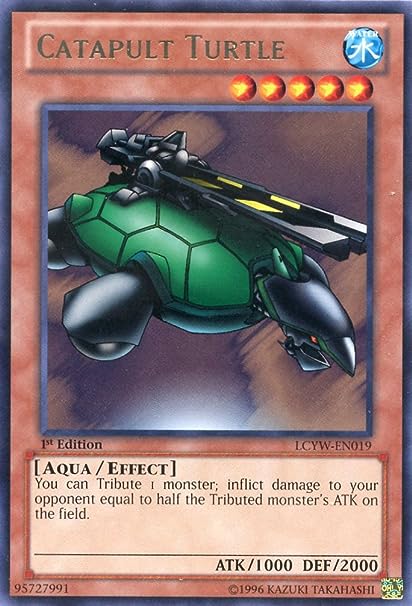 So I moved onto Yugioh around the age of eleven. The fact that you could learn the rules by watching the anime was great, until I tried to use my Catapult Turtle to launch my Dragon Champion toward my opponent’s castle, thereby shattering its flotation ring and causing it to collapse on their monsters. I was DQ’ed from that tournament, back out on the streets with no money, no place to go, and, worst of all, no card games. But then, I found the hard stuff – Magic: the Gathering. Even though the game wisely cautioned that it was for ages thirteen and up, I was hooked at age twelve after the first cardboard crack flowed up my nostrils and into my bloodstream. My parents sent me to rehab, but we had a dealer on the inside. He would sneak them right past security by shoving the cards and deckboxes [CENSORED] but they were still fine to play with; we’d just resleeve them.

I learned about what a Local Game Store (LGS) was and found one close by. Once I was there, I began crushing FNM’s right and left, consistently Top 8’ing our six-person events. After a particularly strong 1-2 performance one night, I knew that I needed to move on to find better opponents so I could continue to improve. That’s when I heard the three letters that would change my life forever: SCG. I knew what needed to be done. I sold my apartment to fund both a van and foil out my Legacy deck (I was so close to figuring out how its combo worked!), then, at age 14, I hit the road with my two best friends: Tommy, who was 16, and Bob, who was 52. We’d met at an SCG Game Night and had worked together to sell our Owl of Devastation tokens to fund our dinner for the night. We succeeded: Tommy even shared some of his Cheetos with me. We knew that if we wanted to make it big, the only way to do that was to grind the SCG Tour, making friends and memes along the way.

Our first year of Opens was tough; I only Day 2’ed one of them and got two feature matches, both against some of the legendary SCG Pros wearing esports jerseys. I got crushed. But the second year, things began to turn around. I sold a kidney for some disposable income and used it to purchase sideboard guides and decklists from SCG Patreons. My friends scoffed at me, which only fueled my desire to prove them wrong.

And prove them wrong I did. I scrubbed out of Day 1 of the first open of the year, but it was a blessing in disguise. The next day, I signed up for the Modern Classic and Top 8’ed. It was an incredible feeling; my undeniable prowess with the UR Wizards archetype alongside all the sideboard guides I had eaten had finally paid off. On my way to the Top 8, I defeated Modern powerhouses Constellation, UB Processors, Colossus Hammer, Battle of Wits, Standard Bant Scapeshift, and UW Control. I lost my quarterfinals to Merfolk, but even that was close!

Things started to change after that. I had been one of the guys for so long, but after my Top 8, Tommy and Bob started looking at me differently. While they both liked my tweet announcing my top 8, NEITHER of them liked the follow-up tweet, a blurry photo of my deck. We kept testing and traveling together, but the memes weren’t as dank and the testing was less and less competitive as I both mastered the art of sideboarding and learned that you were allowed to block attacking creatures with more than one creature. Probably the most skill intensive card in Modern

I Top 8’ed the following SCG Open, and it was terrifying. The entire day, I was nervous. I made mistakes left and right, most of which were advantageous, but my opponents never caught them and I didn’t even realize until much later. Twitch Chat accused me of cheating, but the SCG commentators assured them that it had been a long day, and anyone in my position could accidentally tap two Towers and a Mine to play an 8-mana Ugin, the Spirit Dragon. While I lost in the quarterfinals, I could sense that it wouldn’t be long before I took my rightful place atop the SCG Leaderboard next to household names like Gregory Wright and Anastasia Huxley.

I immediately rushed onto Twitter to capitalize on my sudden influx of followers. I was shocked to see that some dude who had “Professional Magic Player” in his bio had liked my tweet! I hadn’t heard of him, but I knew that I was #MakingIt. When I Top 8’ed again a month later, people began to notice. I was invited to play on a team of two other SCG grinders at the Team Open the following week. Of course, I snap-accepted!

My friends weren’t thrilled. Tommy and Bob insisted that I had changed, and they were done traveling with me. It worked out anyways because Tommy was about to start college and Bob had his granddaughter’s wedding coming up, which he’d had to sell his Vintage deck to finance.

The following months were a blur. I ALMOST ALWAYS Day 2’ed SCG Opens now, and people started recognizing my name because it was so hard to pronounce (Mack Neeghalvekdwizc). I capitalized on my sudden fame to rise to the top. I bought myself a sleek, shiny esports jersey that had my Twitter handle on the back. I also glued some random insignia on to make it look like I was #sponsored. My new SCG grinder friends and I even launched a team! We called ourselves “Mox Container.” After another Top 16, someone else in an esports jersey came up to me and said, “Dude, you should launch a Patreon.”

I was shocked. It had seemed like just yesterday that I was paying other people for sideboard guides, and now… they wanted to pay me to tell them which cards were bad in a matchup? I insisted that I couldn’t because I still relied on sideboard guides myself; besides, who in the world would pay me? Rolling in my new income, I foiled out my Modern and Standard decks. I clouted all over Twitter, shaming people for accusing people who I vaguely knew existed of cheating, criticizing people who tried to make a meme out of the pre-packaged meme that was Judge Academy, and telling everyone to unfollow me if they held a different viewpoint, knowing that this would only increase my following! I branded myself as a Grixis Urza master because, while I didn’t have any results with it, I did play the deck a lot. Wait, no, I actually Top 16’ed a Modern Classic with it once – definitely a master. I updated my bio to include “Professional Magic Player,” just like I’d always wanted to. I used my winnings to buy some food for the next week and then subsidize my next Open. I slept in my van in parking lots, driving from coast to coast up and down the East Coast to never miss an opportunity to, as I’d heard some kids say, “sling cardboard.” At last, I was a fixture on the SCG Tour, a reliable source of hot takes on drama on Twitter, and my scars from selling a couple other organs were even beginning to heal! Having tied my identity entirely to my results at this children’s card game, my followers got to watch live as I oscillated between ecstasy and quitting the game. My ability to win sometimes at this card game also somehow implied that I was a great writer, and I got hired to write for a Magic website! It was exhilarating; it was everything I’d ever dreamed of, back when I still slept in a bed with a functioning spine instead of the back seat of a van, permanently curled into the shape of a banana.

I should have known it was too good to last, that I’d flown too close to the sun. My team, Team Mox Container, and I were memeing like we do in our private group chat. It was me, Candice (21), Emory (23), Jacob (12), and Gregory (74), just doing our thing, getting ready for the next tournament, when we had a disagreement. Vitriol was spat, swears were virtually shouted, and other players and teams were insulted. We were getting ready to part ways in the eternal dance that is the incestuous breakup, mingling, and reforming of SCG teams, but, then, all that stopped.

Jacob had screenshotted the chat.

He posted it on Twitter, and I was ruined. My Twitter clout was removed, all the SCG people whose names I was vaguely aware of turned against me, and I was left alone. Team Mox Container was no more, and my Magic career had come to an end.

I can’t actually be that mad; my career as a professional Magic player, competing in high-stakes, uber-competitive tournaments like SCG Opens, SCG Classics, SCG IQ’s, SCG Game Nights, SCG Party Times, SCG Twitter Wars, and the TJ Collectibles Titanium Series had lasted longer than most of my fellow grinders: a full two years. It was time for me to go into Magic Retirement. Magic Retirement, of course, occurred either when you got too old, lost too much, had Wizards of the Coast pull the entire competitive circuit out from underneath you, or ruined your reputation. I sold my van, purchased a room that somehow qualified as an “apartment,” and took up streaming! I’m excited to share that, thanks to my 34 regular viewers, my 3-2 Top 8 at Fandom Legends, and Mercury in retrograde, I will be attending the next Mythic Championship! Look for me on coverage (if it’s covered)!