Amonkhet block had no shortage of powerful, interesting cards. Torment of Hailfire, Ramunap Excavator, Anointed Procession, and the gods are all interesting, and powerful cards. But somehow, none of these mythics or rares could ever beat out my favorite card from the set, a little three-mana uncommon by the name of Oketra's Monument. The entire goal of this deck revolves around casting as many white creatures as possible, so it should come as no surprise that all of our 30 creatures are white. First, we have Thraben Inspector, a cheap creature that can replace itself in longer games, and Charming Prince, who gives us a lot of versatility either by gaining us life, letting us fix draws, or even reusing our enter-the-battlefield effects like Reflector Mage. Hanweir Militia Captain is easy to transform in this deck, and once we do, it becomes a must-answer threat thanks to the fact that it gives us a guaranteed token every turn while also slowly growing itself. Selfless Spirit is a great way to protect our board, Deputy of Detention and Reflector Mage make for incredibly effective removal duo against anything our opponent’s have, and Militia Bugler lets us find the best creature in our top four cards for a given situation. Elite Guardmage buffers our life while refueling our hand and is another great target for Charming Prince to flicker. Finally, God-Eternal Oketra acts as a bigger, scarier version of Oketra's Monument that can also attack, and is extremely difficult to get rid of. For non-creatures, we have our main engine: Oketra's Monument. It allows us to extract extra value out of every single one of our creatures. The card makes our spells cheaper, gives us extra tokens, and overall gives us a tons of upside for playing creatures that are already good. We also have Gideon, Ally of Zendikar, who can make extra tokens, swing in as a 5/5 that’s hard to kill, or simply give us an Anthem effect the moment he comes down. This versatility makes him valuable enough to slot in easily, despite the fact that he doesn’t interact with Monument. Our lands are pretty straightforward for the format, with Port Town, Hallowed Fountain, and Glacial Fortress as our color fixing. However, we do have two utility lands: Castle Ardenvale and Westvale Abbey. The Castle gives us a reliable way to create tokens even if we’re out of cards in hand, and while Westvale Abbey can create tokens at a higher cost, its main purpose is giving us access to Ormendahl, Profane Prince. Five creatures is pretty easy to reach, especially with Monument, and at just six mana and some sacrifices, Ormendahl is a juicy 9/7 with a lot of good keywords. In the sideboard, Giant Killer // Chop Down helps us take care of creatures both big and small (but primarily big), while Declaration in Stone is cheap exiling removal, which is great considering the number of threats in the format that like to keep coming back from the dead. Disdainful Stroke can helps us deal with large threats, like those out of Mono G Ramp or big planeswalkers. Lavinia, Azorius Renegade can stop our opponent from cheating on mana, and is especially good against Lotus Field combo. Rest in Peace makes sure that dead creatures and used spells don’t come back to haunt us, and Mentor of the Meek lets us get extra card draw when we need it, especially considering the fact that 28 out of our 30 creatures fit the criteria. An extra Gideon, Ally of Zendikar can help out when we need extra bodies and can be quite powerful against control decks, and Lyra Dawnbringer, while not fulfilling her role as a lord here, can fill in as a huge threat to our opponent’s life total while also boosting our life total thanks to her combination of flying, first strike, and lifelink. 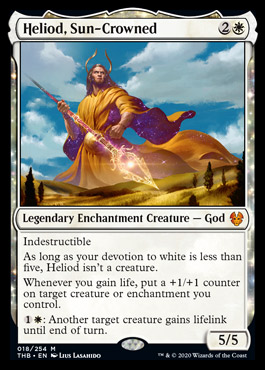 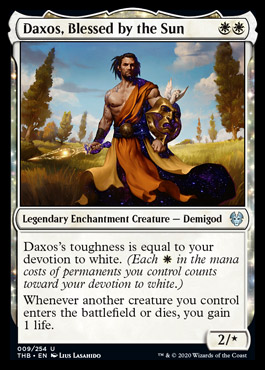 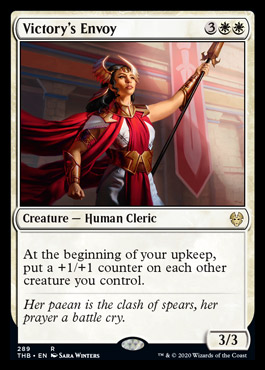 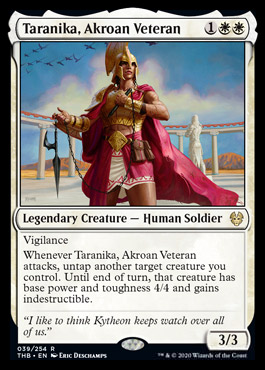 Monument has always been one of my favorite cards, especially as value engines go, and seeing it in Pioneer only reinforces my love for it. The deck plays a great tempo game, can use tokens effectively, and even has a few tricks here and there. The only thing missing is some instant-speed play, but that’s easily fixed with a few Spell Quellers. This deck is a blast to play, has tons of customization potential, and gets some nice potential toys when Theros Beyond Death drops.